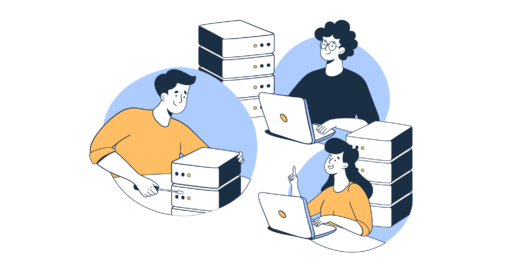 Backend Testing helps the developers secure correct communication between interdependent and interconnected components on the server-side of the application. With a confirmed automated functionality, the data production and storage will maintain proper functionality – yielding beneficial results on all sides of the application.

What is Backend Testing?

Backend Testing verifies the functionality of software’s or application’s serverside and database. This testing method makes sure that all server-side components have proper intercommunication and cooperation without any defects.

A standard application consists of the front and back end. Backend Testing elements are invisible to the users, yet most work occurs there. QA Team during Backend Testing also conducts API Testing and Database Testing.

Database Testing ensures proper functionality of all data-related components on the server-side of the application. Meaning the front end will store all newly acquired data in the back end database, which may be SQL or non-SQL. This data is recorded and stored to support the frontend components of the page.

Properly performed backend or database testing is essential to eliminate any serious complications. These could be deadlocks, data corruption or losses that are harmful to softwares and applications.

Additionally, Backend Testing is the go-to method to accelerate the productivity and retention of software or applications. With proper Backend Testing, you will be able to:

Since Backend Testing does not require interaction with the frontend, sending and receiving requests and answers is a simpler process. You can pass the request through a browser with specific parameters for a specific function. This will result in a response in a default format, JSON or XML, for example. Additionally, you will be able to verify the data with SQL queries via database connection and conduct any debugging through the log files.

Backend Testing involves various phases. Beginning with design specification acquisition for the database server, followed by testing of the specification design and implementation of the tests in the design via SQL.

To effectively conduct Backend Testing, it is important to understand the business requirements and build effective testing strategies. As it is performed on the database layer of any software or application, Backend Testing is essential before any launch. There are three types of Backend Testing:

Structural Database Testing requires mastery of SQL queries. It tests the table and column, alongside the schema of the database, validating the integrity and storage of all data repository components. This validation is important in structural database testing.

Schema Testing, also referred to as Mapping Testing, validates various schematic formats associated with the database. This testing method verifies if the mapping formats of all backend components are compatible with the ones on the frontend. The main purpose is to ensure stability and similarity between the front and back end maps.

Non-functional Testing is a series of different testing methods, depending on the business requirements. It includes Performance Testing (which includes Stress and Load Testing), Security Testing, Usability Testing, Compatibility Testing and more.

Risk Qualification is a part of Non-functional Testing. It allows QA team to access various response rates of the system under several levels of pressure. Risk Qualification presents corrective opportunities for risk mitigation, such as risk identification and risk qualification. This is an essential stage of any Quality Assurance process. This process also identifies the minimum system equipment requirements.

Performance Testing evaluates the responsiveness, performance and stability of the system under various levels of pressure. When conducting this examination, mind the following components:

Performance Testing, including Stress & Load Testing, examines the overall performance of the software. Also, it determines the software’s stability, reliability, speed, and strength.

Security Testing identifies threats and risks present in the software which could have a detrimental impact on the business. These vulnerabilities might result in a loss of information or revenue, alongside increasing the possibility of intrusion.

Security Testing’s objective is to locate all malfunctions and vulnerabilities threatening your employees’ and customers’ security.

Usability Testing observes users’ navigation of the interface, ensuring the design’s accessibility. Usually conducted repeatedly, Usability Testing aims to improve the usability of the interface through design improvements. This testing is mainly useful to identify whether users are able to successfully and optimally complete a specified task. This provides insight into the satisfaction and performance of the users, which helps identify the improvement opportunities.

Usability Testing can be done both physically and remotely. The main difference between the two options is a moderator. In a physical setting, a moderator observes the condition better, yet also guides the user to a specific objective. A remote setting, however, reveals a more realistic experience. Mainly, there are several aims to consider during Usability Testing:

Backward, or Downward Compatibility Testing verifies the successful performance of older versions of the software on newer operating systems and devices.

Forward Compatibility Testing verifies the successful performance of the software on the newer versions of operating systems and devices.

How to do Backend Testing

The previous section explored all of the aspects of Backend Testing elements. With Backend Testing, you mainly need to validate the entire server’s performance and function, alongside its cooperation with the interface. It includes focusing on the success of schematics, columns, keys, indexes, database tables, stored procedures, and identifying triggers and issues.

Before the compound procedure of Backend Testing, begin the process by acquiring the server design. Those steps test the functionality of the set design and identify its improvements with SQL code.

Backend Testing does not require interference with the GUI. Tester mainly passes the requests through browser with specific parameters in either XM or JSON format. This allows the identification of a feature’s success or failure. The testing also requires a direct connection with the database to verify the data using SQL queries through log files.

Even though Backend Testing does not require interference with the frontend, Frontend Testing is an inseparable part of a successfully tested software.

The main difference between Frontend Testing & Backend Testing is the 3 Tier Architecture Layer where the testing is conducted. Here are the core differences between them:

Both Backend have a large variety of useful tools. These tools used for Database Testing allow improved performance by locating potential issues, such as deadlocking, data corruption, and data loss.

Compared to manual, automated testing is the most innovative software testing method. Backend Automation Testing tools could simplify the testing process in a time-efficient and cost-effective manner. Some of these tools are open-source, offering a lot of functionalities and integrations.

These tools are merely some of the many available on the market. They will help your QA team conduct successful Automated Backend Tests. This testing method is a revolutionary solution to improved Backend Testing.

Testing your email infrastructure is another important aspect of Backend Testing. As it verifies the entire functionality of your service, the communication between the business and the clients occurs through an email. Successful email deliverability ensures stable retention and customer satisfaction.

With Email Infrastructure, you must verify the successful delivery of your transactional emails. During Backend Testing, communication between your email sending solution and application database must be verified. This ensures the stable exchange of data during necessary automated sending procedures.

Aside from that, your emails must be tested in various aspects to achieve success, such as spam score and design. The overall testing procedure could be dangerous if not done on a secure server, avoiding accidental sending to any customer.

Mailtrap is a testing and sending solution that covers all of that. Mailtrap provides a comprehensive toolbox with a dummy SMTP server to catch and verify your emails during staging safely.

2. Get the credentials for your application.

3. Check and validate your HTML layout, email spam score and even Load Test your application by sending a high volume of emails.

Backend Testing is essential for properly-functioning software and application, alongside increasing client retention. Therefore, testing all of your outgoing emails can greatly benefit retention. This can be possible through various reports, such as spam scores and HTML checks provided in the app itself.

And even though Backend Testing may increase the cost of QA, it ensures stability and security for your customers. A strong team of testers, undertaking a large variety of testing processes, can make a significant difference to your business.

There is a large number of applications available on the market, however, the ones with the most stability and security, alongside determination for customer-oriented progression, stand out.

Identify the objectives of your business and fully utilize Backend Testing to ensure customer satisfaction and retention, alongside overall success.

A Guide To Email Marketing Automation — Benefits, Tools, and Tips

On April 30, 2021 By Irina Nica
Wondering how you can use email marketing automation to optimize your campaigns? This guide will cover the benefits, tools, and tips to get you started.

On January 21, 2021 By Michelle Deery
Email is an excellent tool for retaining your customers. Check out these tips straight from the folks at Wishpond.
Create Your Free Account